Skip to content
Home/How to Stop Temper Tantrums
Previous Next

How to Stop Temper Tantrums

Summit Children’s Center wants to give our tips on how to stop temper tantrums. One of the most common phenomenons in toddlers and preschool children is temper tantrums. Without having learned the necessary coping skills to navigate their lives, tantrums are the only thing that kids can use for getting out their frustrations. The best thing a parent or teacher can do is be aware and tune in to the child’s emotions in order to help them avoid all that can trigger their emotional outbursts. 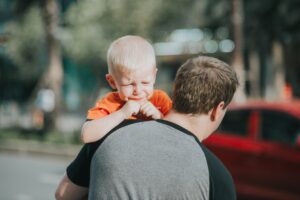 Before we talk about how to stop temper tantrums, let’s define them. A child’s tantrums can come in all forms. They might look like giant anger explosions or severe frustration and disorganization (losing it). Your child might have fits of crying, periods of screaming, limbs may stiffen, or they may even get violent and aggressive.

Why do tantrums happen?

Tantrums are quite commonplace for children ages 1-3 years. This is the age when a child’s emotional and social skills are beginning to develop. Kids just don’t have the vocabulary for expressing their emotions. They want some independence at this stage, but they fear separation. Plus, they are finding out that an outburst can change a situation they would rather not face.

Tantrums are one way for a child to get his feelings out, express emotions, and understand what is happening in their environment. If an even older child displays tantrums, it is usually because he hasn’t learned acceptable ways of expressing himself. Whether a toddler or older child, there are some factors they both have in common:

Children will start to develop ways of self-regulating and managing their emotions at about 12 months old. As the child grows older, they are able to calm themselves down in stressful situations and avoid getting themselves upset. The result is fewer tantrums, and sometimes just a child growing up is how to stop temper tantrums.

Use praise and rewards when your child behaves appropriately. If he recognizes the trigger and calms himself down before erupting, give him plenty of positive reinforcement. 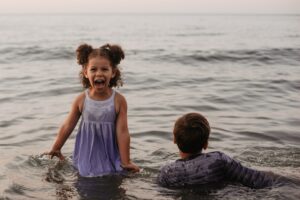 Sometimes, regardless of any preparation, tantrums will just happen. Here is a list of good ideas for handling tantrums when they occur:

Use the strategies above for dealing with preschool and early school-aged kids. They are better able to recognize that actions have consequences. Consequences, at this age, can be used to alter a child’s behavior.

Be sure you don’t reward the tantrums. Pleading and arguing with him while he has a tantrum can also be rewarding to him because it is giving him attention.

Coping with temper tantrums can sometimes be very stressful and draining. You may feel like you must intercede and end the outburst immediately. But as long as things are safe, you’re better off to just breathe and let it happen.

Don’t be hard on yourself. There is no need to judge yourself based just on the number of tantrums your child has. All children will have tantrums. Focus on how you respond to his tantrums. And be aware that you are human and a big part of parenting is learning.  Both you and your child will benefit in the long run when you are prepared on how to stop temper tantrums. Summit Children’s Center is here to help you through the process.